Video game architecture and the dimensions of doors in Gone Home

This is a door model from Gone Home. Anything strike you as odd? 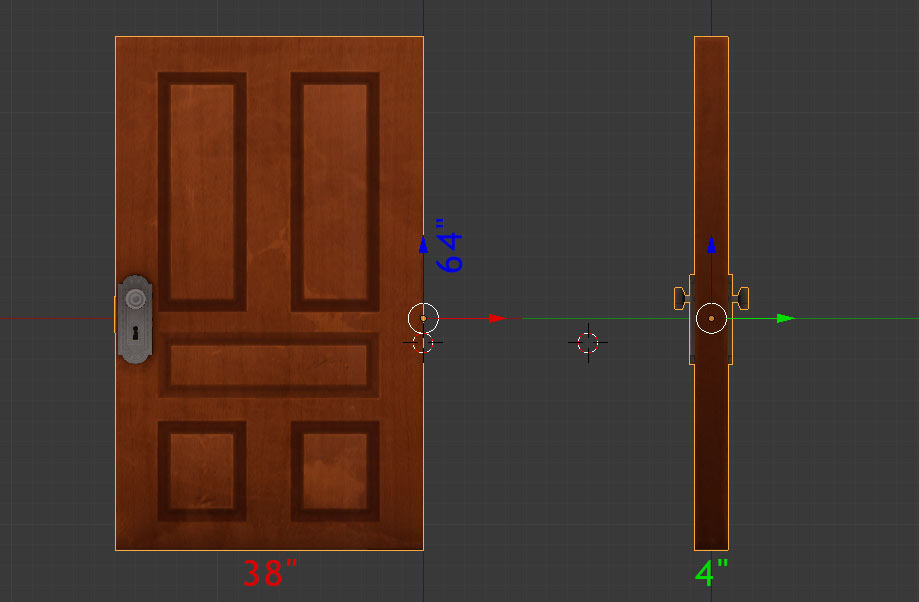 For comparison, I measured a door in my own home and referenced a Home Depot link on standard door sizes.

My doors are 80 inches by 36 inches, which is the most squat door you can buy from Home Depot. And 1 5/8 inches thick. Based on my shot here with a cassette tape for reference, the Gone Home door is about 4 inches thick. 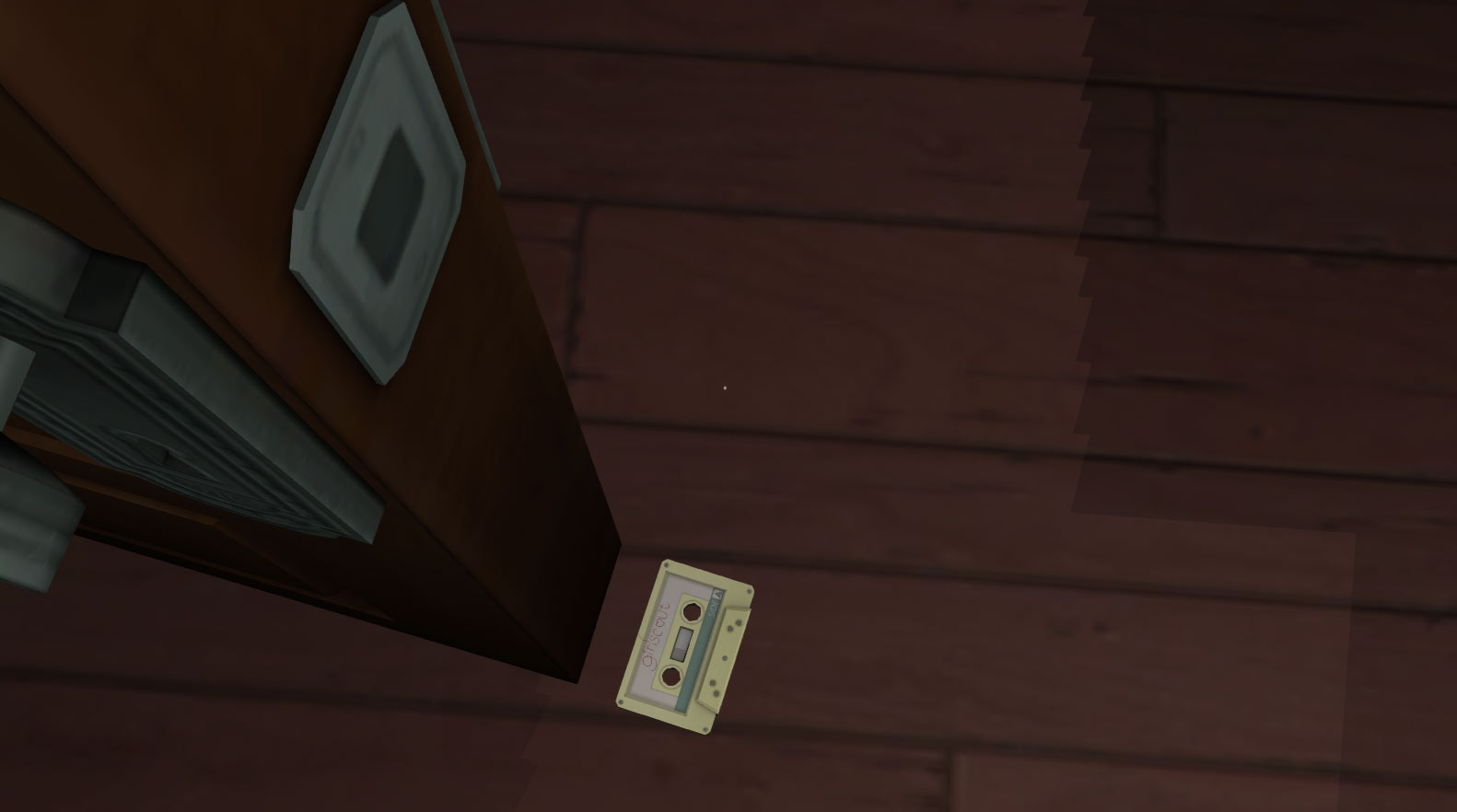 And only 64 inches tall. That’s like a five-foot-four tall door? Pretty short. So maybe that’s the wrong point of reference. But if we assume the doors are 80 inches tall, as is standard, then they’re five inches thick and 48 inches across.

This point was re-kindled because Gone Home was listed in a list of architecture games. The doors in the game had struck me as a kind of uncanny valley of architecture. Like, I expect in a more fantastic-themed game that wasn’t otherwise filled with familiar objects, I never would have noticed how oddly proportioned the doors were.

Another example from the architecture games was Mirror’s Edge, which is about free-running. The ways in which you experience a virtual space can be transformed by the abilities granted to the player in how they can navigate that space. I once read something (which I can’t track down right now) that made an analogy between skateboarding and cruising for sex, in that both transformed architecture by how the participants use it. Or your experience of a freeway is very different if you are walking versus if you are driving. Video games also dramatically change how you navigate a space based on what movement the game enables.

I myself made a recent point about movement restrictions being part of what makes a Pac-Man-like a Pac-Man-like. It’s not just about the shape of the maze, but that the character occupies the entire width of the path.

In this post from SciFi Interfaces, and in the linked video, the author notes that interfaces in movies really serve the audience rather than the characters.

So if the doors in Gone Home are not like normal doors, I think that’s because they weren’t designed for people living in a house. They were really designed for someone playing Gone Home. Not for someone navigating with their feet, but navigating with WASD and a mouse. And so, just as freeways are built at car scales rather than human scales, the Gone Home house is built at first-person controller scale.

Note also the doors are double-hinged. So every time you open a door, it opens away from you. That is definitely done for the player’s sake. If you’ve ever played a first-person game where the door ends up pushing you backwards when you open it, that can be awkward to get through. This could also explain why they’re wider than usual; a wide doorway is easier to drive through than a narrow one.

In my last post about Virginia and montage I had a brief tangent how video games almost take navigation of space as a given. Gone Home is a narrative-driven game, but it still has to have these considerations for how to navigate a physical space. Because that’s how you find the different pieces of the story, by navigating to the physical objects representing each piece of the story.

If you compare to narrative in books and movies, the physical locations of things don’t usually get as much attention as they do in games. People care about the relationship between two characters, more than exactly how to travel from one house to the other. But video games, the strengths of it, the types of interfaces we have, that makes physical space the most common interaction type. Even character conversations are typically controlled by walking to the location of the character you want to talk to. And in Gone Home you access the pieces of backstory by finding the location of noteworthy objects in the house.

For comparison, consider Her Story or Analogue: A Hate Story. Where they are similar to Gone Home is that the main story is really backstory. The player’s actions aren’t the story, they learn about the story. Where they differ from Gone Home is that you navigate those stories non-spatially. In both you access the stories from a diagetic computer, so the architectural space you navigate and the means by which you navigate it are both defined by that computer’s interface. Rather than any physical space. (In both, the computer is not quite working as intended, to add a challenge to using it.)

This entry was posted in uncategorized and tagged theory, video games. Bookmark the permalink.